by Spawn
Here it is! Hey Jake has done it again 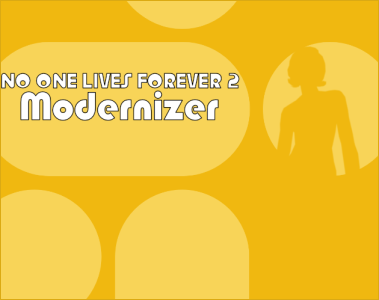 The beta releases are meant to get this mod out the door sooner! However there's sure to be bugs, and probably bugs in the base game that I didn't catch. Before commenting about a crash, please check the known issues section for more information!

You'll need to install VC++2019 Redist before playing, if you have Windows 10 you should be good, but just in case you can check here:

Beta 2 Fixes:
- Added a hopefully functional dedicated server
- Fixed the server browser not displaying servers (You had one job!!)
- Fixed scopes and most other overlays
- Fixed view models being slightly stretched
- Found and replanted the missing foilage
- Lots of HUD stretching/position fixes
- Added some experimental options

The following might not be fixable:
- Anti-aliasing causes a ~1 pixel offset at the edges of 2d elements
- Jukebox Singles take a full second to load
- Due to how the input system was re-written, all controls are now saved in controls.cfg. This doesn't work with the base game so it's not compatiable with any other mods!

The following can be fixed in a future patch:

- Cate's missing from the main menu, we don't know where she went!
- Jukebox can occasionally crash while switching songs
- Jukebox songs are sorted in alphabetical order
- Some Jukebox Singles have duplicate songs
- Controller support is only supported during gameplay, it doesn't work on menus
- Switching to a lower resolution from a fullscreen windowed mode can make the window get stuck in borderless mode
- Almost certainly there's a multiplayer browser crash in there somewhere!
- Music can sometimes be a little jumpy (I've been told the base game had this issue too, but I'm looking into it!)

Below is a list of controller codes and what they are on the controller.
this is based off of the basic Xbox 360/One controller. However a PS4 or other controller should work fine!

The new input system was written to take advantage of SDL2's game controller api. This enables non-xinput devices to work as if they were xinput devices. If your controller won't work you could try community bindings located [here](https://github.com/gabomdq/SDL_GameControllerDB/).
Simply drop the `gamecontrollerdb.txt` file into your NOLF 2 game folder and Modernizer will attempt to load it on start-up.

- My Partner - For putting up with quite a few late nights
- Nathan Grigg & Monolith Mark - For getting me some wonderful song title suggestions
- SPAWN - For his immense help with testing & organizing the multiplayer community
(Check out his site https://www.spawnsite.net)
- Everyone at LithFAQ - Because they're all such a helpful bunch
- <Space Intentionally Left Blank> - To whoever actually brings NOLF back from legal hell
- And You - For enjoying such a fantastic forgotten gem

Backup your existing NOLF 2 installation!! You'll have to restore the original install if you want to play without this mod enabled.